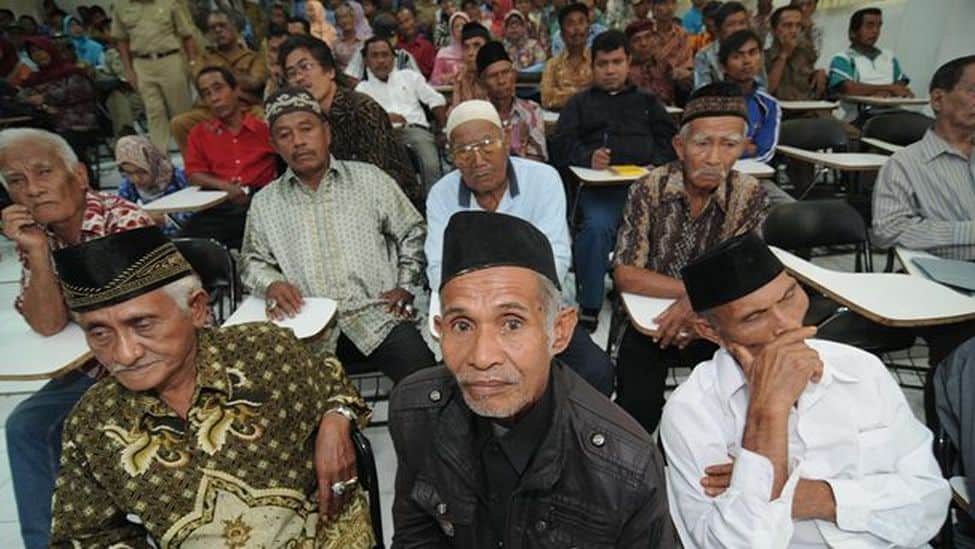 Working from The Periphery: SKP-HAM and Official Recognition of The 1965 Atrocities in Palu City, Central Sulawesi

In Indonesia, “Black September” is remembered by human rights communities as a month of tragedy where events of serious violations of human rights occurred. In September all across the country, victims and human rights groups has commemorated the cases of serious human rights violations, including the systematic atrocities against members Indonesian Communist Party or suspected sympathizers.

A culture of silence still prevails with regards to discussing the 1965 atrocities despite the fact that Indonesia has seen a significant open space for freedom of expression and public assembly since the fall of the military government under President Suharto in 1998.

Human rights organizations and historians estimate that between 500,000 and one million people were killed unlawfully by the military and anti-communist militias, and hundreds of thousand others were imprisoned without trials following the abortive coup on 30 September 1965 – when Indonesia was trapped in the middle of the Cold War.

An official report by the National Human Rights Commission (Komnas HAM) in 2012 concluded that many forms of crimes against humanity happened in the 1965 atrocities, and also found that many victims and members of their families still face discrimination of their civil-political rights and social, economic and cultural rights both in law and practice. To date, however, there has been no initiative by the successive governments to set up any redress mechanism. On the other hand, public events related to the 1965 atrocities – from seminars or discussions to film screenings and art performances – often have to be disbanded or cancelled due to pressure and intimidation by the security forces or vigilante groups.

A culture of silence still prevails with regards to discussing the 1965 atrocities despite the fact that Indonesia has seen a significant open space for freedom of expression and public assembly since the fall of the military government under President Suharto in 1998.

However, there is always a story defying the 1965 brick wall of impunity through the hard work of inspiring people. One of very few inspiring and successful stories about the 1965 survivors being able to reclaim some of their rights can be seen from the works of SKP-HAM (the Solidarity of the Victims of Human Rights Violations) in Palu City, Central Sulawesi Province, who is one of the NHRF’s partners in Indonesia.

On 24 March 2012 came an unexpected result when SKP-HAM organized a series of public events to commemorate the International Day for the Right to the Truth Concerning Gross Human Rights Violations and for the Dignity of Victims. Many of the 1965 survivors and their families attended the event, and SKP-HAM also invited the then mayor of Palu, Rusdy Mastura, and gave him a space to speak after many 1965 survivors had come forward to tell their stories. In front of the audience, he testified that he was personally involved in the 1965 crimes, when he as a boy scout was asked by the local military authorities to watch over some of the political detainees. Later on, Mastura wrote down his story in a book about his personal experiences in 1965 and the reason why as a mayor he decided to embrace the 1965 atrocities.

Local reparation programme for the 1965 victims

The official apology opened up a door for further positive policies. In January 2014, Mayor Mastura signed a municipal regulation to provide a reparation program for the 1965 survivors and their families after a series of consultations with SKP-HAM. The local regulation also mandated a joint team consisting of both the Palu City officials and SKP-HAM to identify the numbers of 1965 victims in the city and their urgent needs. To conduct the victims mapping, SKP-HAM received supports from other human rights organizations, including AJAR (Asia Justice and Rights) and the NHRF culminating with the publication of the team’s final report. In the report, which was co-authored by SKP-HAM and the Palu Development Planning Agency (Bappeda Palu), they managed to identify 485 names as the 1965 survivors in Palu who suffered from arbitrary detention, torture, forced labour, enforced disappearance and gender-based violence. Interestingly, the team managed to get information from a local army command to corroborate the data. The team also recommended the Palu government to provide health care, housing support and education scholarship for the victims or their family members. Although Mastura already step down as Palu mayor in 2015, SKP-HAM and the 1965 survivors have managed to sustain the reparation policy by working with the new mayor of Palu.

Many forms of crimes against humanity happened in the 1965 atrocities, and (…) many victims and members of their families still face discrimination of their civil-political rights and social, economic and cultural rights both in law and practice.

SKP-HAM’s success story to get official recognition for one of the most sensitive human rights issues in the country made them to expand their work into other issues. Asked by the local groups working on the rights of people with disabilities and transwomen, SKP-HAM is now also advocating a more friendly human rights approach from the Palu government under their flagship program of “Human Rights City”. Many other 1965 communities in different cities also want SKP-HAM to bring their success story into other areas in the Central Sulawesi province.

The COVID-19 pandemic disrupted some of the SKP-HAM’s activities, in particular reducing their ability to meet regularly with the 1965 survivors and other communities. But the situation also has made them to adapt with the new situation, such as organizing online meetings using the internet-based video conference tools. Currently, SKP-HAM is gathering the voices of the 1965 survivors and other marginalized people to be heard by candidates for the Palu mayor and also Central Sulawesi governor in the upcoming local election, expected to take place in December 2020. They want to ensure that the next local government will sustain their human rights commitment for the victims.