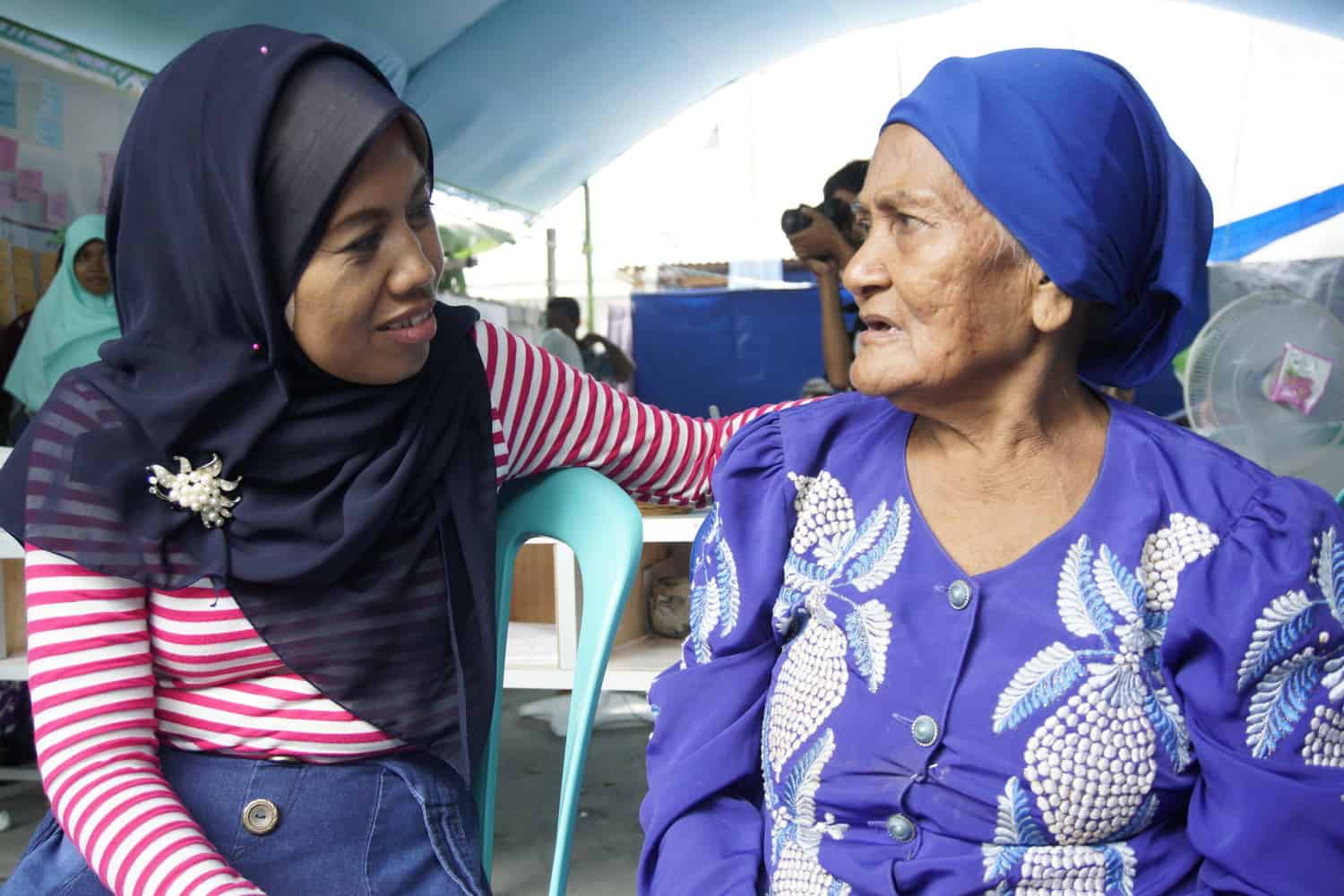 Nurlaela Lamasitudju’s life took a rather radical turn the day she found an invitation addressed to her father to attend a meeting of victims of human rights violations nine years ago in Palu, Central Sulawesi.

From an ordinary daughter of a Muslim preacher and a student of a computer and accountancy program, she became a woman fighting for truth and justice for the victims and survivors of the purge of communists in Sulawesi after the tragedy of Sept. 30, 1965.

The book contains 12 accounts of victims and victims’ families and an account by one of the perpetrators of the violence. Lauded by historian Hilmar Farid as a commendable effort due to the rarity of accounts from 1965 in Sulawesi, the book is actually only a fraction of what Ella has collected for years.

Her organization, SKP HAM Palu (Solidarity of Human Rights Violation Victims), has collected about 1,200 accounts of 1965 victims, about 100 of whom Ella personally visited one by one almost every weekend during her days off as an accountant in a large trading company selling cars and building materials.

“Among the many human rights victims, they are the most neglected. No one wants to take care of them,” Ella, 35, said. Victims of the post-1965 state-sponsored violence are mostly old and impoverished because their assets were seized, looted or simply diminished because of years of hardship.

Before a meeting of victims in 2004, Ella’s understanding of the Indonesian Communist Party (PKI) was the same as most of her generation. “I only knew the PKI as the group behind the murder of military generals,” she said.

The victim meeting in 2004, however, changed not only her perspective but also the course of her life. She attended on behalf of her father, Abdul Karim Lamasitudju, whose family including Ella, took care of about 300 families that were displaced by sectarian conflict in Poso, Central Sulawesi.

“I was the youngest and I didn’t know anything about politics,” she said. Ella, who born in Poso in 1978, said she wanted to attend the event because her curiosity about politics was piqued by the Poso conflict and also the murder of human rights activist, Munir Said Thalib, in 2004.

At the meeting there was a politician who said the Poso conflict was caused by faith differences. Ella was angry at that comment; she slammed her fist on the table and said: What Poso people do you represent? Do you want the people of Poso to continuing killing each other?

Her action roused the interest of a survivor of the communist purge, Ali Mutia, a leader of the Indonesian Peasants Front (BTI), which had been connected to the PKI. “He approached me and ever since that first meeting has been my guru,” Ella said.

From Ali, Ella learned that those on the political left were victims of horrendous violence. “They were forced to strip naked, raped, beaten and had their genitals electrocuted,” she said.

The meeting resulted in the formation of SKP HAM, where Ella was appointed the secretary. However, it was only Ella that kept SKP HAM alive by visiting victims. “I was curious. I wanted to hear more,” she said. She funded her own travel costs and visited victims in Palu and Donggala.

She faced two gargantuan challenges: The first was from her family. One day her mother found hundreds of victim profile documents in her bag and she recognized one of the photographs as a relative. Her mother said the relative had tried to kill Ella’s father three times for political reason. Ella said this revelation turned her world upside down.

“First, communists were evil, later they became victims, and now, they became perpetrators again. I was thinking, I don’t want to deal with them anymore, because they wanted to kill my father,” she said. Later, she was relieved to learn that the motive was not political but personal.

The second challenge was in 2006 when a district head in Donggala circulated a letter to village heads, saying that SKP HAM was the “new PKI” and then vice president Jusuf Kalla commented on the radio that the perpetrators of the beheading of three girls in Poso in late 2005 were “communists”.

“The ladies who were the 1965 victims were the ones who heard that on the radio. They came, afraid, to LPS-HAM [Center for the Development of Law and Human Rights Studies] toting hundreds of profile forms, saying that they could not keep them anymore,” Ella said.

However, Ella had a secret weapon. She always brings a copy of two laws: Law No. 39/1999 on human rights and Law No. 26/2000 on human rights tribunals. “I came to the district head, toting the copies. I said to him, ‘we are not communists. We actually were doing you a favor; we helped the government disseminate information on these two laws to the people’,” she said, laughing.

After that bleak year, SKP HAM continued on with its program: Having meetings among, mostly, 1965 victims. “I often get DVDs and books about human rights. We would gather to watch DVDs together or discuss the books,” she said. “Every time, each person would bring something like sugar, coffee or snacks.”

Ella thought that the potluck system was the best for SKP HAM despite being left out of pocket herself many times.

She quit her job at the trading company because she wanted to focus on SKP HAM and had side jobs to ensure money was still flowing to support herself. “I would do surveys for companies, sometimes I get paid for being a facilitator [for NGOs],” she said.

She said she wanted to keep it that way; she refused to apply to for funding from private donors because she said money would “destroy” SKP HAM. “I made this one-sided decision. Some friends objected to my decision but I said as long as you trust me to run SKP HAM, this is my decision,” Ella said.

“From 1,200 victims, there are three types. Those who are apathetic, those who are waiting for news about the government or anyone handing out money for victims and the few who realize that our mission is not only for ourselves but for the nation to end this cycle of violence,” she said. Money, she said, would distract SKP HAM from that most important mission.

For these people, she said, truth and justice were at the forefront of their fight. “We know that human rights tribunals are unlikely,” she said. “But a public apology like the one made by the mayor helped a lot.”